This page features documents, mostly public-domain, of the IRB debate that may not be easily found elsewhere.

Documents on the NPRM

Documents on the ANPRM

Comments sent in reply to Federal Register notices enter the public domain, and they often contain important facts and insights about pressing matters of public policy. The federal Office of Human Research Protection (OHRP) does a good job of making comments available to individuals who request them, but it does not post those comments on the web. I have therefore set up this page to archive copies of the comments I request in the course of my research on IRBs.

Categories of Research That May Be Reviewed by the Institutional Review Board Through an Expedited Review Procedure, 2007

Investigations of Specific Protocols and Researchers 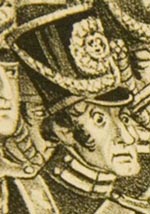